Its been a rather emotional week this week.  The UK has been gearing up to celebrating Mother’s Day, which was yesterday and all the shops are full of flowers and gifts, but for some this causes a lot of sadness.  I have just returned from a Mother’s day service at Emily’s school.  It is a church school, so Mothering Sunday is celebrated by the church and they put on a lovely service lead by the children.  The first thing the vicar said was put your hand up if you have never had a Mum.  As adults we understand that he is saying you would not be here if you didn’t have a Mum, but to the poor little girl in Emily’s class whose Mum has died doesn’t see it like that :'(  Later another child in Emily’s class burst into tears as she had been given a prayer to read and her Mum was not there to hear it!  The service was a lovely idea, but harder for those whose Mums were not there and probably did not explain why they could not be there. In fact there were more children in the room whose Mum weren’t there than were there.  The headteacher did try to rescue things a bit by saying its not only about Mum’s but anyone that cares for you.

We spent the weekend in Sheffield with our parents, but you can’t be with both sets at the same time so its difficult on special days to make time for everyone.  I did not see much of Emily as she was spending time with her Grandmas and I was feeling terrible from the busy day on Saturday.  We are hoping to do something together later.  Emily got very upset at bedtime as although she had enjoyed seeing other people she then wanted me and it was time for bed, so she ended up getting into trouble and upset as did I.

There are many people who will have found yesterday a difficult day including my Auntie whose son died 2 1/2 years ago, a friend whose niece died yesterday, another friend who has been diagnosed with Breast cancer recently, those who are not able to have children or that have lost children.  I myself have a beautiful daughter, but still mourn the fact that I cannot have other children and that Emily will never have a sibling.  Having fertility treatment is heartbreaking and anyone having treatment around this time will find it hard.  One of my own treatments failed close to Mother’s day.

Moving on from these sad thoughts.  I have been doing a little crafting.  I made another framed button picture for a friend and also a card for her and a Mother’s day card for my Mum.  As ever I forgot to take photos of some of them, I was sure I had! 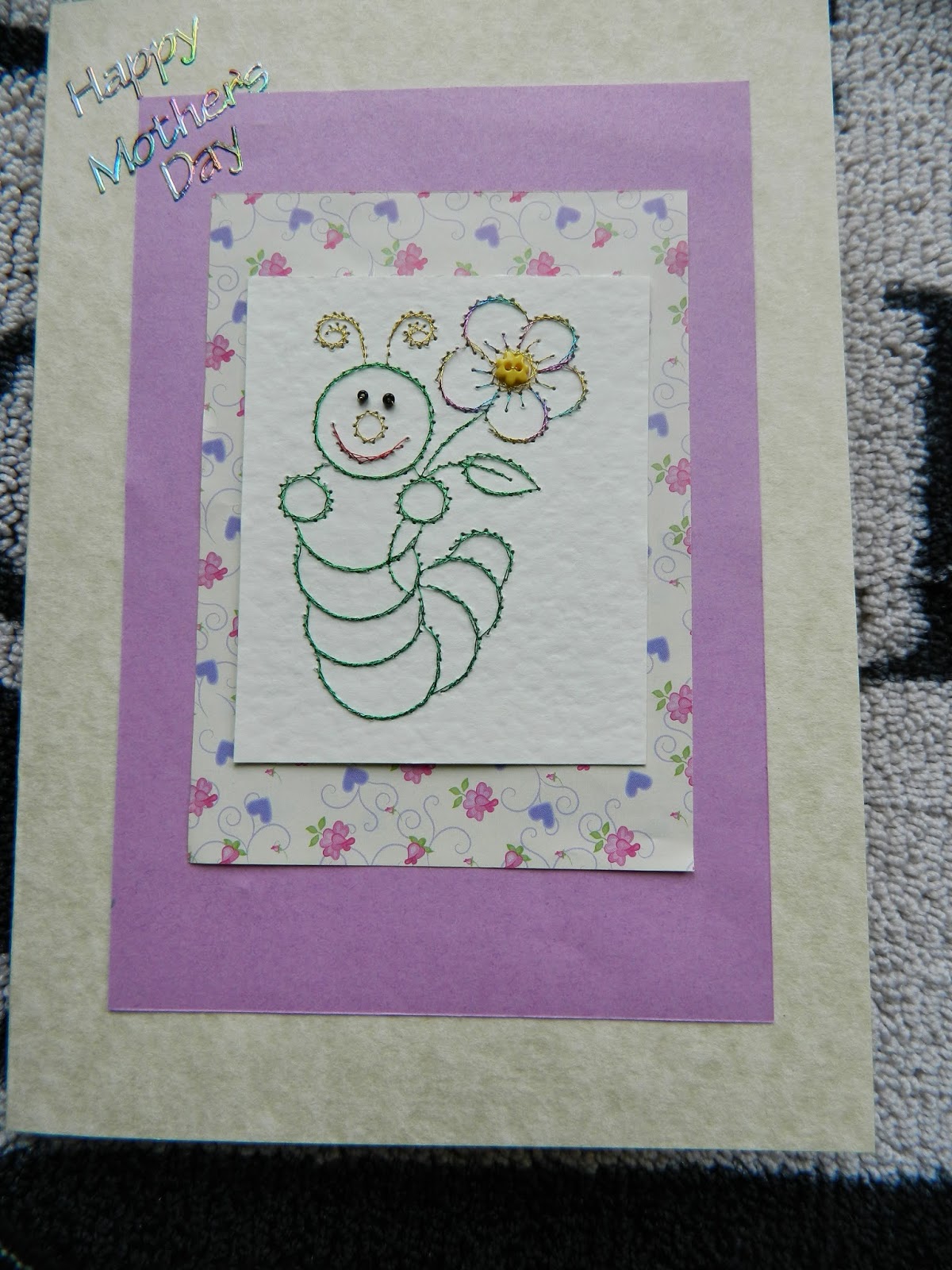 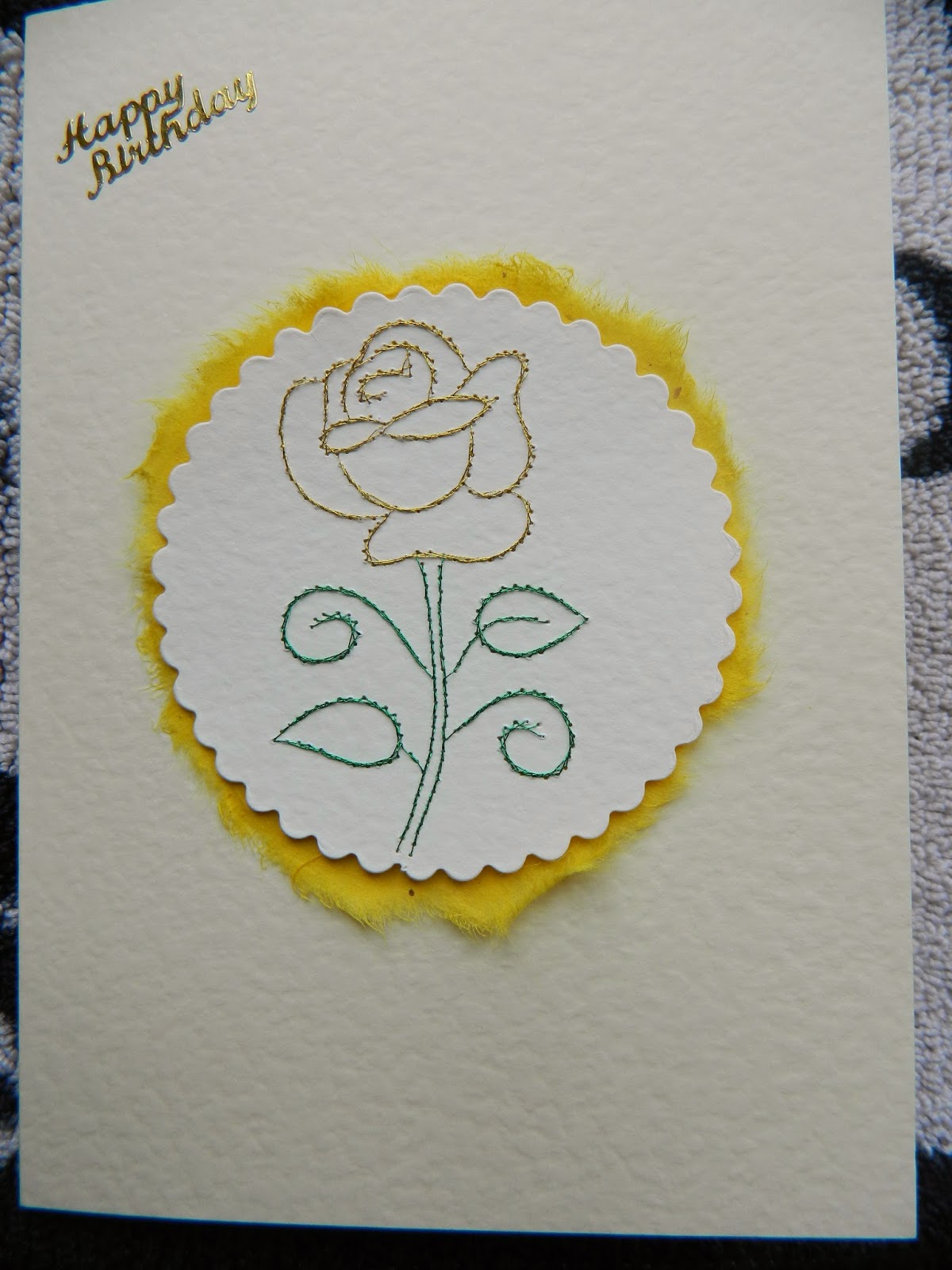 Patterns are from Ann’s paperart.
A few posts ago I posted about crafting and cats.  My cat stays away, but at Quilting the other week I got the company of the Rivers Meet cat. 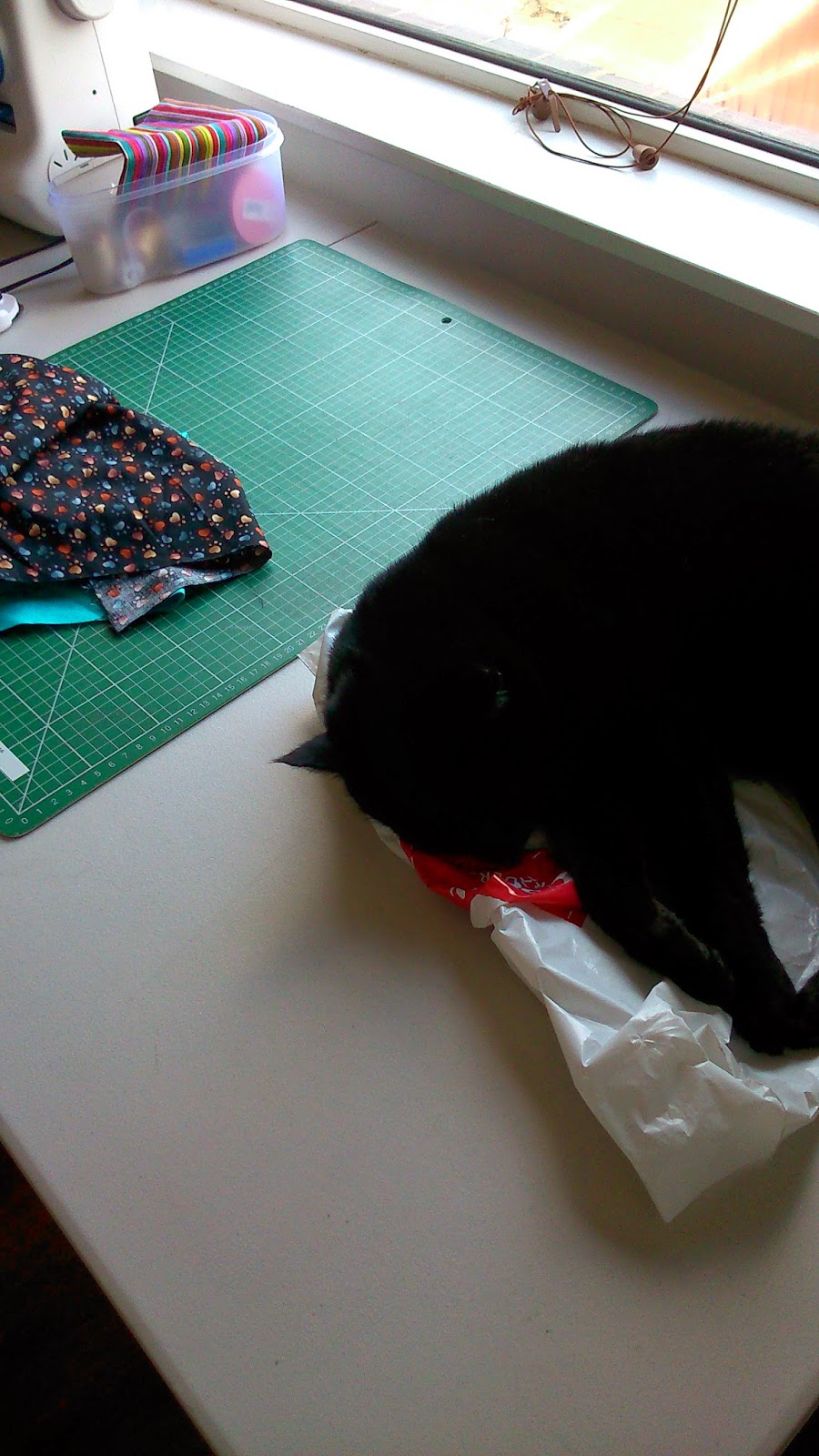 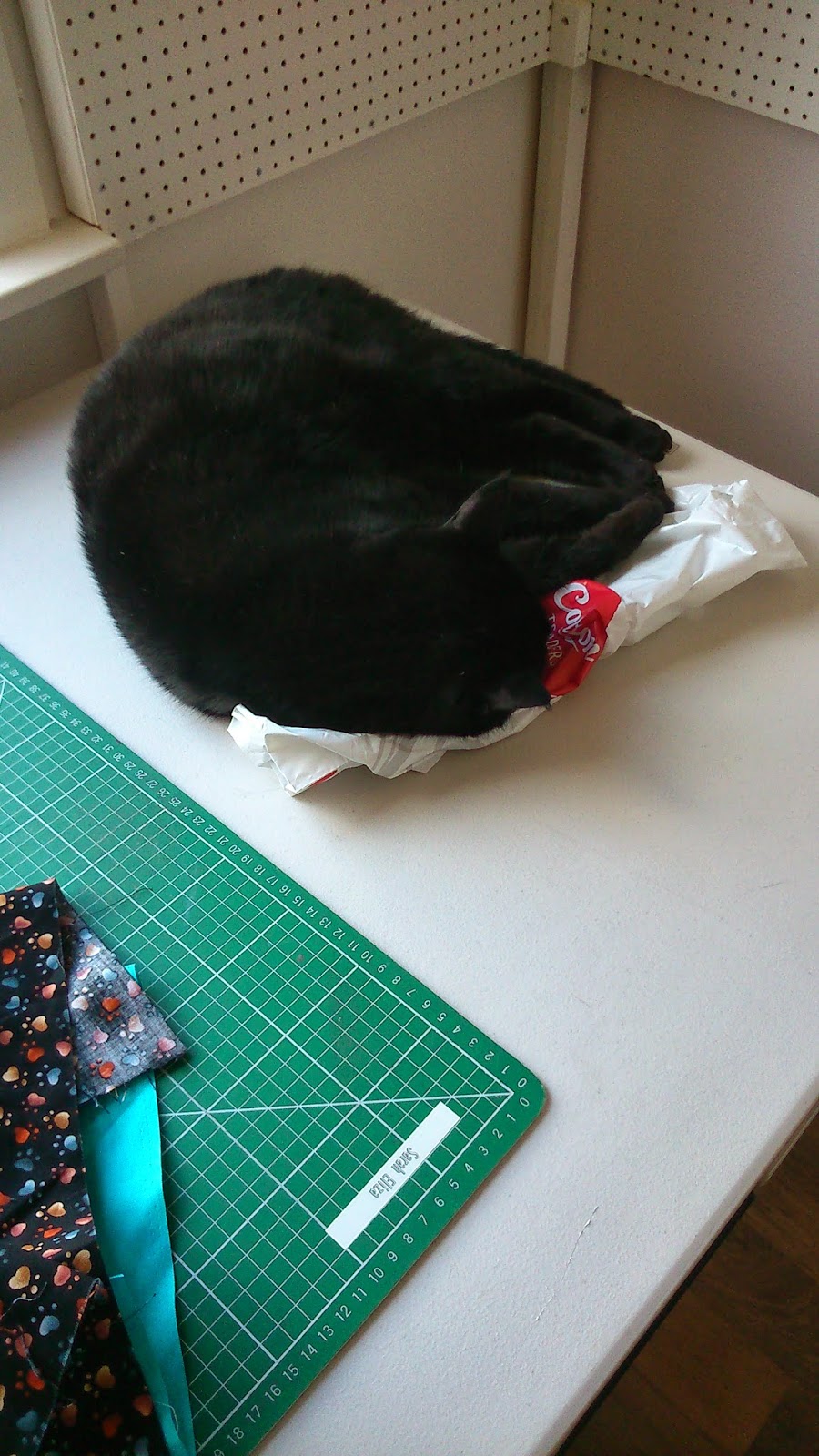 I am hoping to get to Rivers Meet this week to see Barbara the knitting lady so I can get on with my waistcoat.  I have some other cards to make as well, but it will be slow progress as school breaks up at the end of this week.  I will have to check if Emily wants to attend any of the Rivers Meet Easter Craft classes, she usually enjoys them.  Sadly because of the Easter holidays I won’t be able to go to the next quilting class so quilt progress will be slow too.  There is an Easter craft fair on 13th April too that I hope to attend.  I got some lovely Mothers day presents from the Mother’s day fair, including items from Leeds Bead shop, Sharon’s essentials.  For other people we bought gifts from Kelly Lou, Maggy Hunt.  Also purchased from a lady selling knitting, a wood turner, Baht at Ruby Shoesday and Ready Planted.  I also had a Mother’s day gift from Our Handmade Collective and a lovely plant that Emily had plated and decorated at school.
I will go and have a think about which cards to make next.