When clearing out my Mama’s house we found a great example of staying positive and carrying on even in the face of adversity.

Mama was in the Civil Defence in Sheffield during WWII and she wrote a piece about going to meet injured service men and transporting them to hospital.  None of us had seen the piece of writing before although we had heard many stories about her driving ambulances, she never expressed her true feelings about it. 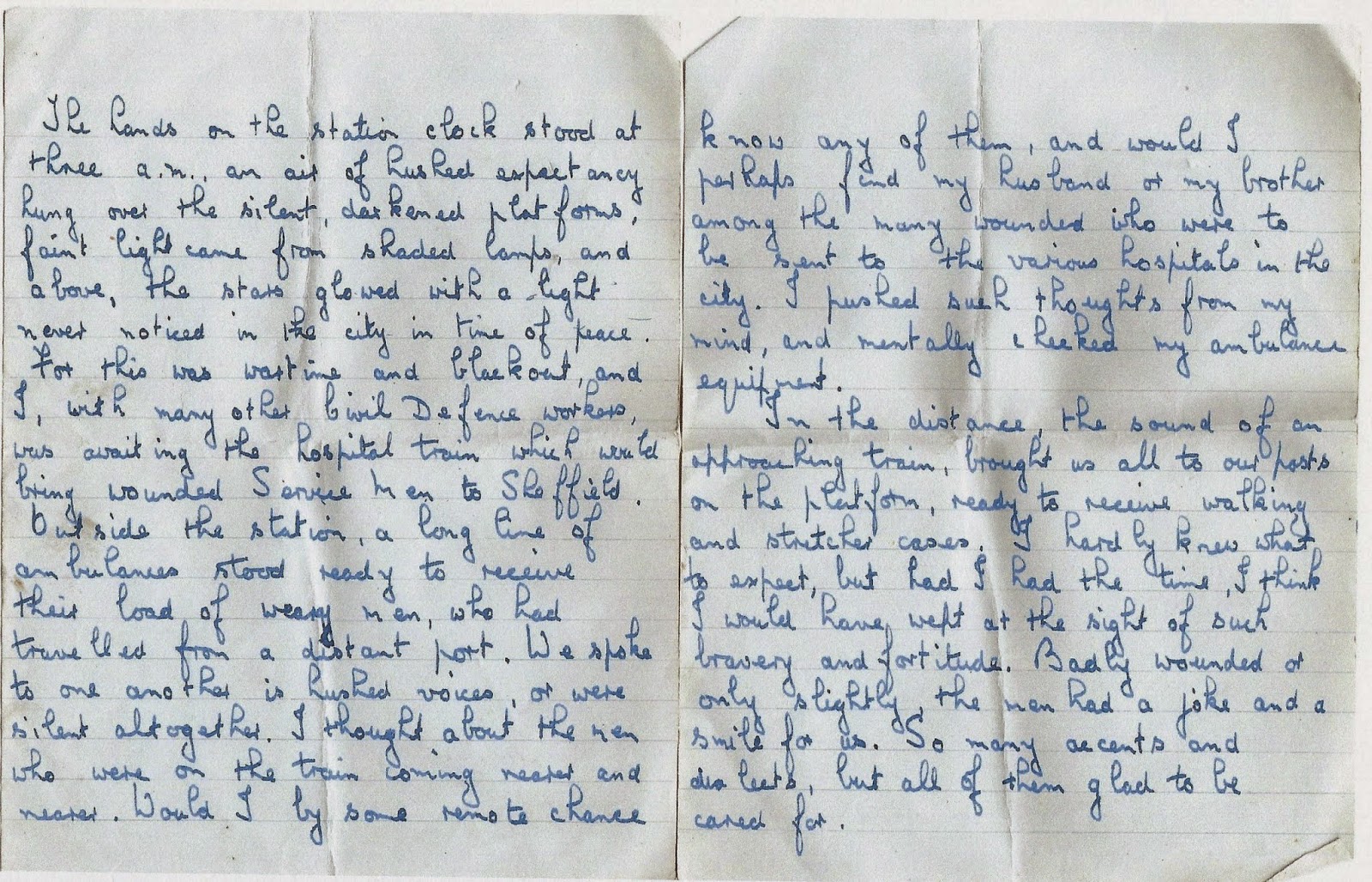 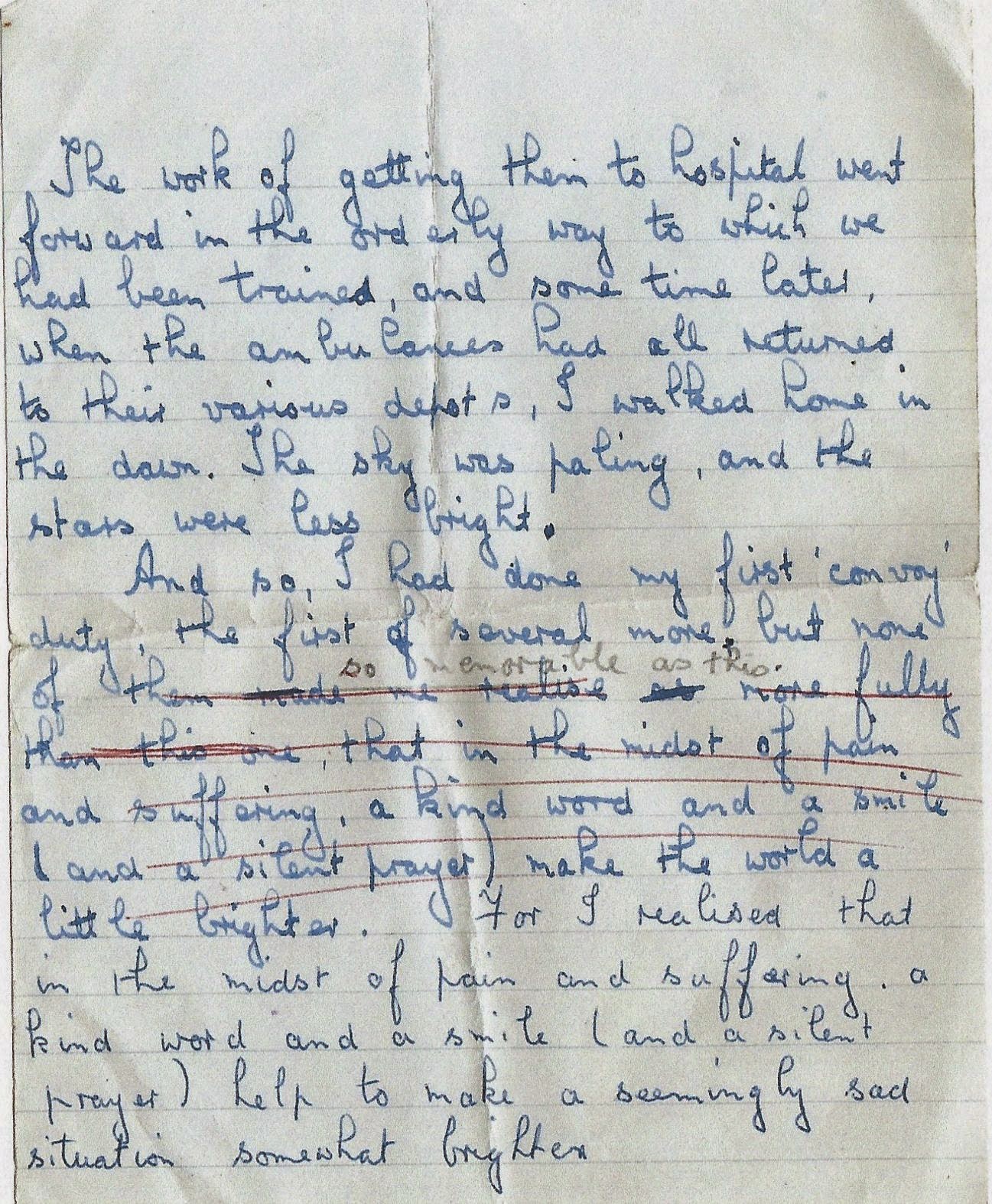 Bless you Mama, miss you loads.

Emily asked me this morning what was important about the war, their topic this term is WWII.  I wasn’t able to answer her question, there are so many things both good and bad I suppose.  I think one thing is how everyone pulled together and supported each other, men laid their lives on the line, people carried on through very difficult times and did not complain, it is difficult to imagine those things happening now.  The war also shaped the way we live now and still has a big impact in ways that I cannot begin to understand let alone explain to a 7 year old.