Its been a very frustrating day today.  As usual I was up early, its nice to get a bit of peace and quiet before anyone else gets up, but I just started looking at something I needed to do and Emily got up, so that was that.  I got her breakfast ready and then it just sat there for half an hour before she even touched it and then left all the crusts and more besides, she has rather a generous boundary on crusts!  I decided to have a bath whilst Emily and Rob finished their breakfast, but then had to chivvy them to get ready.  I wanted to get out in the sunshine, but the only things to do were chores so we went down into the town and got local jobs done; bottle bank, chemist.  We did go for a drink, but it was noisy and although Emily asked to go, she then played up so we ended up coming home.

Meal times are very frustrating I have many restrictions and basically have the same breakfast and lunch 7 days a week.  I fancied something a bit different today, but not having been shopping or able to go anywhere it was the same thing again.  My diet is very boring, no wheat, no yeast, limited dairy, limited sugar, no fish, no caffeine and no alcohol.  Gluten free food is very expensive and not very appetising much of the time.  I spend a lot of time looking at recipes, but never have the time or energy to make them.  I have finally found a yeast free, gluten free bread mix which is quick and easy to make from Helen’s. Even then I have to get someone to help mix it.  After tears and frustrations lunchtime was the same old buttered toast for me, bread not big enough to make sandwiches and has to be toasted or it’s too dry. Again Emily left a big chunk of hers even though its what she asked for and the same again at tea time.  Rob made some nice cauliflower muffins to go with bacon for us, but Emily asked for pasta which he made especially for her.

After tea Emily wanted to play on the wii, not a good activity for me, I can manage some of the easier activities on a good day, but not for long, but today she was boxing and cycling, wears me out watching, so I ended up picking up things that had been left out and tidying up generally, not good use of my energy, but I can’t sit and do nothing just in case someone wants me.  I end up pottering about doing bits of things as it doesn’t require any concentration, but I soon run out of energy and then can’t do nice things with others and then come across miserable all the time.  Well its not an appearance today its true, I just get so fed up.

Weekends are hard as I am stuck in the house all week, only get out to do school run normally and then at weekends I want to go out, nothing adventurous just fresh air and change of scenery, but there are jobs that need doing and Rob and Emily have been out all week so are happy to stay at home.  They get choice for their dinners and a change of scenery every day.  I could go out if I wanted to, but then I wouldn’t have the energy to do school run and look after Emily before and after school so have to stay in.  I also have to be in for people who come in to help, but I find that tiring and demanding and an invasion of my space at times, even though I am grateful for the help

Hoping for a nice evening watching Strictly with Emily, but she had other ideas and talked through the dances so I switched it off, it was too difficult to follow.  We did play a game for a while, then she decided that she wanted to play in a cardboard box and that I should run around the room after her, yeah right!

I feel like I am being awkward and ungrateful all the time.  Last night Rob went out, I had paid for him to go to a curry evening, but then realised it was for our wedding anniversary, so he went out and I stayed in and put Emily to bed, hmmmmm.  We never do things together.  When he came back he said he had booked for both of us to go to the next one which is a Diwali celebration, but Emily is going too and its late at night and I don’t know what I will be able to eat, so it rather spoils the thing for me.  Ah well he did try, but I end up looking ungrateful.  It’s always the same if we go out and tempers get frayed and things get spoiled.

Rob is still settling Emily into bed, so looks like another evening where I don’t get to see him, I think we speak more by text and email than we do face to face.

I’m going to stop now as I am making more mistakes than I am getting right so it takes forever to type anything.  Apologies if some of this may not make sense my head is full of cotton wool rather like this I think 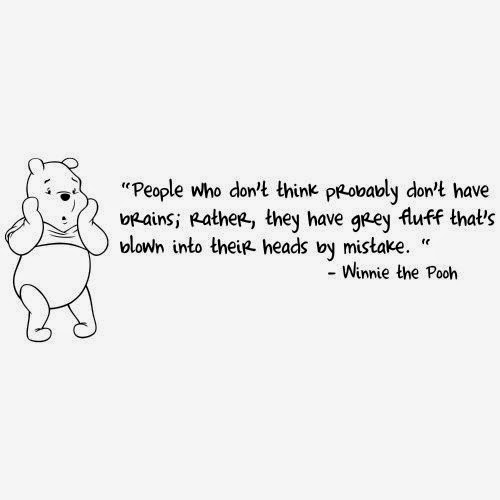 except I think, but it doesn’t work.