I haven’t been able to rest properly due to pain, anxiety and palpitations today and although I am exhausted it makes me restless, but not able to do much.

Looking for something easy going I ended up looking at Frozen fabric.  Anyone who has a little girl will know that Frozen is THE thing this year.  We have just booked tickets for Disney on Ice in Leeds in May 2015, with a Frozen theme, even though it’s 6 months away it’s nearly sold out and we struggled to find 3 seats together.  Its not cheap and certainly not something you see every year.  We have been before to Sheffield, once for Rob’s grandma’s 80th birthday, 11 years ago and again a few years ago to take Emily for a Christmas treat. 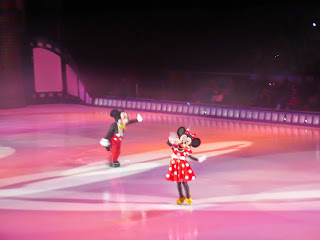 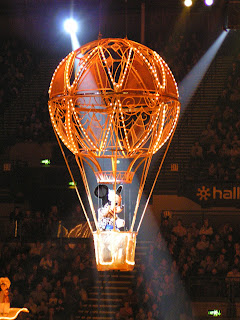 Disney on Ice 2003
Sad to realise that Friday would have been Rob’s Grandma’s 91st birthday and it’s only a year since we celebrated her 90th with her, but she sadly passed away in July.  To many anniversaries this week, with my Grandma’s birthday at the weekend which would have been her 99th!  If you read my previous post you will also know I spent yesterday at garden of remembrance to put my Mama’s (other grandma’s) ashes with her husband on their 75th wedding anniversary. There is currently a rainbow outside a theme we had at the funerals.  Emily and I love rainbows, although she tells me there is not pot of gold as you never find the end of the rainbow, partly thanks to her Dad for shattering her illusions by telling her the truth about rainbows, the fantasy is much better!
Anyway back to what I was saying I found lots of Frozen themed fabric.
Blue Olaf and sisters 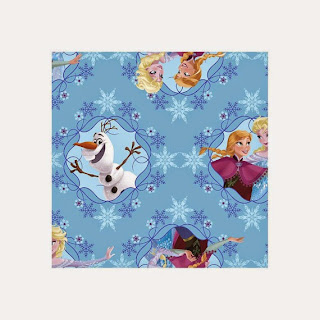 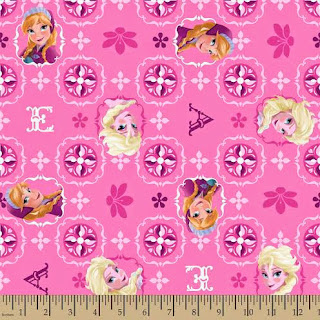 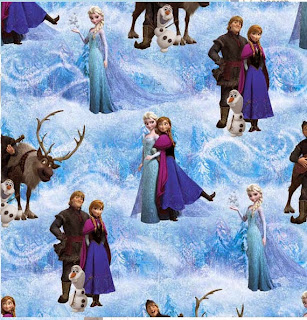 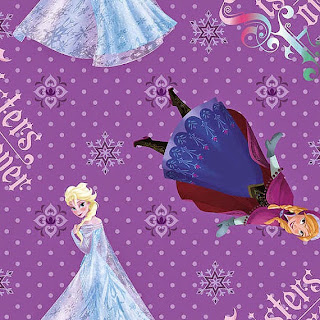 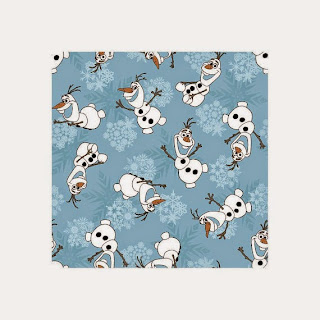 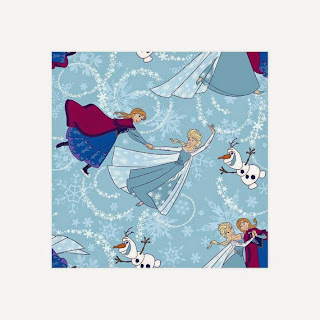 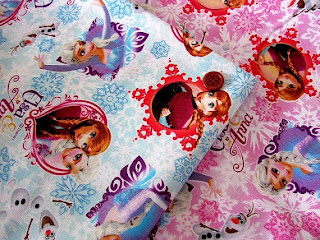 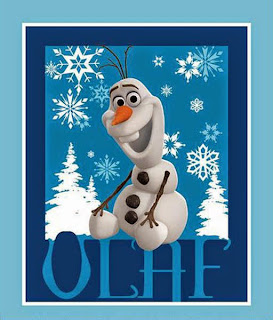 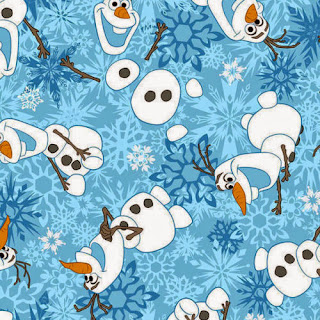 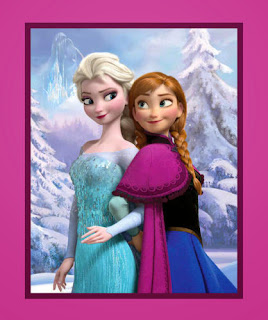 If only time energy and money were no object.