I spend a lot of time feeling totally useless, and guilty.  Last week was particularly bad after, trying to sort out my craft stuff and move it to be more accessible, but of course when I do anything like that I have to pay for it and have landed myself in bed a few times from trying, but it’s getting there slowly and I can see better what I have got (far too much) and of course found lots of unfinished stuff and had lots of ideas for using things, but never the time or energy.  Also On Friday Emily and I tried to take part in Rivers Meet Give a Duck an outfit which is a group making outfits for Chemo duck, cuddly ducks given to children having chemotherapy.  I should have known it was beyond me, I needed to be able to sit in a noisy room, follow a pattern, sew, cut out and have Emily with me, I lasted about 15 mins!  Plus part of my sewing machine was missing so couldn’t use it and had to buy a new bit!  I was so disappointed and was in floods of tears after looking really stupid, letting people down and setting a bad example to Emily.  I am not really sure why I thought I would be able to do it anyway, my sewing skills are very basic and I can’t follow recipes or patterns, but I thought it was a nice idea and Emily wanted to join in. I was feeling so bad when we got back home, I had bought a scone to eat, (gluten free!), which I rarely do and I wasn’t able to eat it before we left as Emily and I were so upset.  When we got home Rob asked if I wanted the scone, I replied why should I treat myself?  I allowed myself half of it a bit later on and the other half a day later.  I posted a Facebook status saying “so upset with myself today, I really hate this illness and its stupid effects on me and my family, feeling useless”

There is also a course I would love to do on Play Therapy as a qualified Playworker with some knowledge of play therapy it really appeals and is on an offer, but it is up 150 hours of work.  At best I would manage an hour a day when Emily is at school and some days even that wouldn’t be possible and would mean I wouldn’t be able to manage any craft and would take me the best part of a year.  Again I got really upset and felt so useless, other people study on top of full time work and family commitments. Gaining a qualification wouldn’t be of any use anyway if I can’t work and would just add to my other unused qualifications, that is assuming that I would be able to do it which I might not with finding reading and understanding very difficult.  I am still tempted just for the material without getting the qualification.

Yesterday Emily was upset with me as she wanted me to go and play a game outside with her, but I can’t play physical games and it is too cold for me to be outside and just sitting.  I did manage to rescue the situation by letting her throw a ball inside and we had a game of catch with me sat down which seems to have pacified her for now, but doesn’t always work.  My husband quite often refuses to play physical games with her too, he has the ability, but may not feel like it or want to when she asks, he doesn’t feel guilty, but then I feel guilty because I can’t do it and because he doesn’t want to and because she doesn’t have siblings or friends to play with and so on!

It feels like everything I can do or can’t makes me feel useless or guilty in one way or another.  I am definitely guilty until proven innocent! 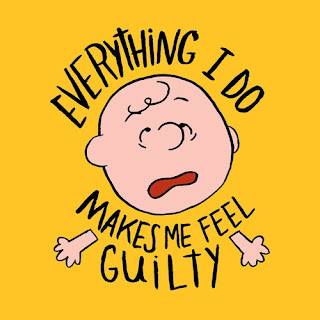